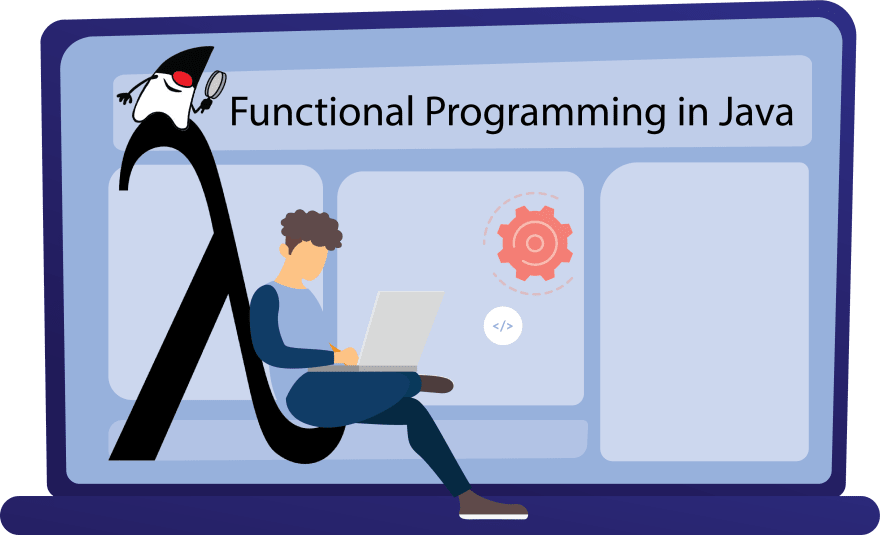 As a Java developer, I always look for ways to improve my coding skills. I heard about functional programming (FP) back when I was a student. Then, FP was not very popular and most developers considered code written using FP to be slow.

Time has changed and today FP is very popular. Some developers are considering it to be the future of how developers write code.

FP is the most useful concept that I learned in the last several years. It helped me to become a better developer. I started writing cleaner code with fewer bugs.

Here are the immediate benefits I got from FP:

So, how I started with functional programming?

We can find a ton of material on the internet related to FP. I usually like to watch video material when I want to learn about a new subject.

I attended an online presentation hold by Venkat Subramaniam. It was a great and inspiring presentation. The good news is that you can watch it on the following link: Functional Programming with Java 8.

After that presentation, I gained an interest in FP, so I decided to study more about FP. I watched the Pluralsight course Functional Programming: The Big Picture. This course helped me understand the big picture of FP and why it matters.

After watching those courses, I wanted to know more about Monads. They are very important in FP. Following two videos helped me understand Monads: Brian Beckman: Don’t fear the Monad and What the ƒ is a Monad?.

If you don’t like Haskell, don’t worry, you can learn another FP language. You can check Kotlin, Scala, F#, Clojure, Elixir, Erlang…

If you want to stick with JVM, then you can learn Kotlin, Scala, or Clojure. Kotlin and Scala support functional and OOP paradigms and Java developers can easily get started with them. Kotlin is a new language, Spring framework supports it, and some Java developers started switching to it. Because of those reasons, I suggest trying Kotlin.

Clojure is a modern Lisp variant that runs on JVM. It is useful to know that Lisp is the oldest FP language. Also, Uncle Bob is using Clojure.

My experience with Functional Programming

To get familiar with FP, I studied and applied in practice FP concepts. The most important concepts that I learned are:

Using FP in code doesn’t prevent us, developers, from writing bad code. We still need to write unit tests, have a good understanding of our task and our codebase. We still need to apply all the best practices that we learned in the past. FP is promoting good practices and makes it easier for us developers to write good and maintainable code.

I plan to further learn about FP and Java. I will continue to write posts on this subject. For updates, you can follow me on Twitter or LinkedIn.