In the previous episode we tried JRuby with SWT, and it was bad. Well, the Java world knows it’s bad and replaced SWT with JavaFX, so let’s give it a go.

And Gemfile to use jrubyfx:

Now trying Hello World from the docs, and we get:

Well, judging by Github Issues, it’s been a bug since February 2019, so it’s not a very promising start.

After some investigation, JavaFX was originally included as part of Oracle JDK, but then Oracle JDK moved it out. And other Java implementations, including one used by OSX, just never included it.

So we just jpm install javafx and… just joking, Java has nothing like npm or gem.

Even worse, Java developer community is awful and instead of telling you “curl this URL and run this command” or even “click this link to download the package”, they just say “install it”, and expect you to figure out which one of 100 versions is supposed to work. And they treat users the same way, not just developers. Pretty much every other language’s community handles this better.

So I checked on an old Mac, and it had old an Oracle Java instaled. 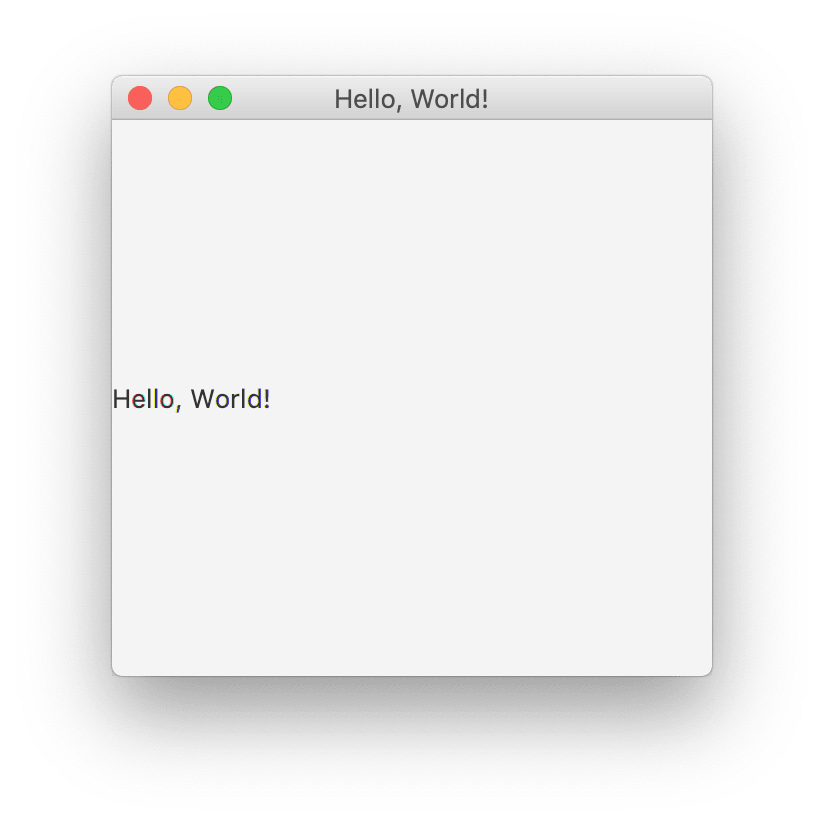 And here’s a counter app. There’s no builtin reactivity, so we need to manually update the UI whenever we update the state. 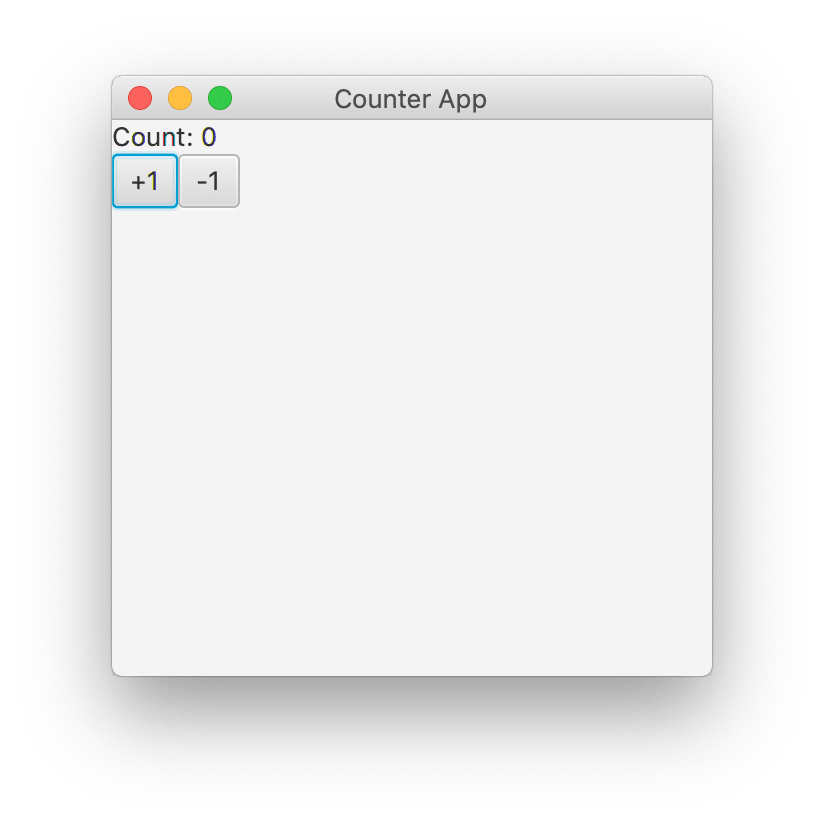 In case it’s not obvious yet, do not use any of this. While the UI was slightly better than SWT, and the label text resized correctly, it’s really nowhere near what we expect from a modern UI framework, and the Java ecosystem you’d need to get into is a godforsaken mess.

Having tried so many Electron alternatives, I’d say NodeGui was the only one that wasn’t absolute garbage, and even there you pay a big cost for abandoning the familiar world of HTML+CSS.

So in the next episode, let’s just write something in Electron again!

As usual, all the code for the episode is here.