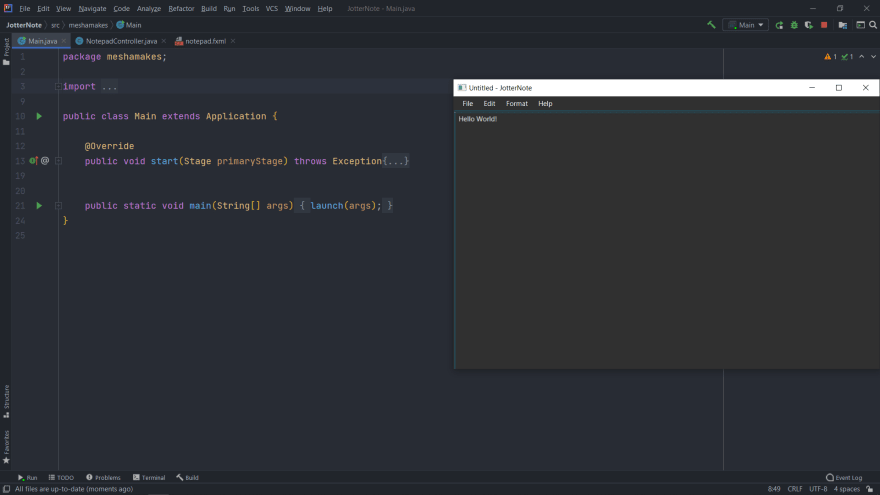 Hello friends so I decided to learn a bit of JavaFX this year, it wasn’t for any other reason than pure curiosity so without further ado I’ll tell you what I did. It’s far from perfect but if you’d like I could do a small tutorial for you guys so just let me know below!

Okay so for starters I wasn’t new to Java I just had to re-acquaint myself with some syntax but aside from that this was all new to me. I tried watching some YouTube videos but none of them really caught my eye in the sense of learning because they were either outdated or was a speed code, so I went to the next best thing.. Books! I don’t have the names on hand but they helped me a little so much so that I decided that I wanted to make a small app to test.

This project was fairly simply considering all I wanted to do was make a dark themed version on Windows’ Notepad, and for the most part I accomplished that except for the bugs and other things that proved to be difficult. I originally had my own design that I wanted to do but I bit off more than I could chew here is the design if you wanted to see, feel free to use it just give credits and tag me if you do! 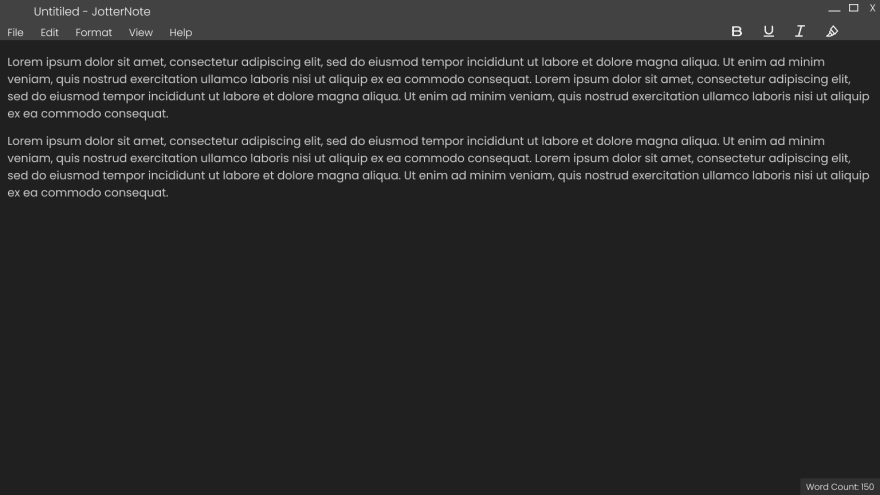 That’s all for now, if there’s anything you’d like to ask contact me in the comments or via Twitter let me know you’re coming from here 🙂