The entire content is inspired by ,
Google’s udacity course Android Basics: User Interface. Its first part of the five parts Android Basics Nanodegree Program series , This course is for basics of Android and Java programming as , and take the first step on your journey to becoming an Android developer, you can learn more about this here.
So I would be writing a Blog series where I will cover everything that I have learned ,and explain it in easy way.

If you are thinking of starting an Android Development you can check this blog, 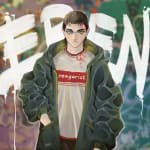 What to Learn to get started with Android App Development?

We cover about the basic knowledge of how to place the layouts on the page to create image, text , button on the phone screen.

So without much late, let’s get into topic..

Every individual view make up what we call layout of the app of what the user sees on the screen.

The basic building block for user interface is a View object which is created from the View class and occupies a rectangular area on the screen and is responsible for drawing and event handling. View is the base class for widgets, which are used to create interactive UI components.

The ViewGroup is a subclass of View and provides invisible container that hold other Views or other ViewGroups and define their layout properties.

View object may have a unique ID assigned to it which will identify the View uniquely. The syntax for an ID, inside an XML tag is
For assigning the View ID name

For using its id name to as a reference

These are ViewGroup Layout Params
Its specifies the basic width & height of the view respectively.This is a required attribute for any view inside of a containing layout manager.

The attributes value may be a dimension (such as “12dp”) which is hardcoded value or one of the special constants..

First lets know about what is Pixel❓

The one small dot or illuminated area on screen is called 1 pixel
Screens are made up of rows and columns of 1000′ of these pixel.
Now,
Device can range in screen density which is numbers of pixel per inch are on the screen , Hences devices with are varies in low,medium, high and extra high resolution.
If we use pixel(px) as a unit it would appear very smaller on high resolution device as there screen density is more

So its better to use density independent pixel which is also a unit and are independent of pixel ,to achieve same physical size of Views , across of different screen densites .

There are number of UI controls provided by Android that allow you to build the graphical user interface for your app.

Now we will learn abouts some important Views and there attributes

Size of the text. Recommended dimension type for text is “sp” for scaled-pixels (example: 15sp).

We use attributes values unit as sp here because its changes to with the preference of user for the font size, which is setting app of the Android devices

Style (bold, italic, bolditalic) for the text. You can use or more of the following values separated by ‘|’.

Android has set of color defined byt not all ,hence from material design we can use color code called hex color code is given a specific hexadecimal digits start with “#” sign.
Eg:- #FF0000-> Red
#000000-> Black
#FFFFFF-> White ,etc

There are many various other resources like static content that your code uses, such as bitmaps, colors, layout definitions, user interface strings, animation instructions, and more. These resources are always maintained separately in various sub-directories under res/ directory of the project.

Below there is XML, how to define a button view in your android application:

Therefore, whenever we press the button with id button_id, the above method is called which executes the code written in onClick(View) method

We can also assign a method directly in the layout XML while defining the button using, android:onClick attribute

When user will click on the Button defined in the above layout xml file, then Android system will call study(View) method, defined in MainActivity.java file. In order for this to work, the method must be public and accept a View type as its only parameter.

There are number of Layouts provided by Android which you will use in almost all the Android applications to provide different view, look and feel.
Some of them are ,

That’s all for today!

If there was any mistake please do let me know, I’ll correct it immediately.